Finding Peace on the Highways with the 2017 Ford Fusion #MurphysDoOutaouais

Last Friday afternoon, during an excruciating escape from downtown Toronto in a 2017 Ford Fusion, I discovered the most useful feature I’d ever encountered in an automobile, adaptive cruise control. What made this discovery so revelatory was the fact that I had used the feature before but had never considered just how useful it would […]

END_OF_DOCUMENT_TOKEN_TO_BE_REPLACED

As you may know, I’m on a mission to discover local beach getaways close to the Toronto area. With the dollar where it is, many readers have asked me about fun road trips from Toronto and during our Mexico travels, we discovered that Little Monkey and Baby Boy are happiest playing in the sand and […]

END_OF_DOCUMENT_TOKEN_TO_BE_REPLACED

Living in Toronto many of our friends run away to their Muskoka cottages and it was only a couple weeks ago that I had a taste of the Muskoka cottage life. It was delicious! While we spent a weekend there, I must admit that a day trip would be quite possible as well. Having done […]

END_OF_DOCUMENT_TOKEN_TO_BE_REPLACED

Couple weeks ago we spent one fun and relaxing weekend at Shamrock Bay Resort in Muskoka. This was my first true cottage experience and I’m definitely ready for more! Nestled on the Trent Severn Waterway, Shamrock Bay Resort is about 90 minutes away from downtown Toronto and is part of Great Blue Resort’s portfolio of […]

END_OF_DOCUMENT_TOKEN_TO_BE_REPLACED

Last week we celebrated our 6th wedding anniversary and thought we might sneak out for a weekend without the kids, as we did last year. However those plans did not materialize and instead we made plans to take the kids with us for a cottage experience. As you know, we have been on the road […]

END_OF_DOCUMENT_TOKEN_TO_BE_REPLACED

I used to be quite adventurous and loved trying new things and yet lately I find myself exploring cities and countries within a very comfortable framework. Part of this is because we have two kids under the age of 4 with us and part of this is because I have stopped pushing myself to go […]

END_OF_DOCUMENT_TOKEN_TO_BE_REPLACED

In Search of Heady Topper

A User’s Guide to Embracing Heady Topper Madness I pulled into the parking lot at 8:25 am, an hour and a half before the Beverage Warehouse in Winooski, Vermont would open its doors. This was the first day of our family vacation to the Green Mountain State and I had decided to wake-up at 7 […]

END_OF_DOCUMENT_TOKEN_TO_BE_REPLACED

We spent our weekend in Vermont and the six hour drive from Toronto, took us over ten hours with a couple breaks and detours. This was our longest straight road trip with the kids,  and while I was dreading the many crying-fests and car seat kicks, we ACTUALLY had very uneventful journey to  Vermont as […]

END_OF_DOCUMENT_TOKEN_TO_BE_REPLACED

I thought we have a lot of festivals in Toronto but then I realized that Montreal has WAY more than we do. The city of Montreal probably receives more visitors because of its many festivals, than any other Canadian city. As with many North American cities, the number of festivals peak in the summer but […]

END_OF_DOCUMENT_TOKEN_TO_BE_REPLACED

It’s Canada Day and we’re on the road with Ford Canada, heading towards Vermont. We’ve been travelling every Canada  Day since Little Monkey was born and so we thought, why break tradition? Last year we were in Nova Scotia, the year before in Ireland and I’m thinking we better plan an epic journey for Canada’s […]

END_OF_DOCUMENT_TOKEN_TO_BE_REPLACED 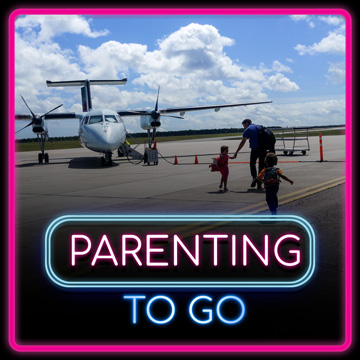