Madrid is one of the greatest cities I have ever visited. It’s also one of the most walkable. With numerous pedestrian only streets and a downtown core that includes dozens of museums, monuments, and even an enormous public park, it’s a city that is worth exploring from early morning to late at night. Of course, with all that walking comes a need for refreshment, and downtown Madrid features four great craft beer spots that offer patrons a much needed brew.

Overall, Madrid is not a place where you’ll find a lot of craft beer. I found the craft beer places I visited in Barcelona to have a better selection and in San Sebastian, one can visit a number of great craft beer spots within a small area. Madrid, however, is a city that demands to be visited. So if you are in Spain, and if you like beer, you’ll be happy to know that the places listed below will keep you happy and refreshed while you’re exploring the city. 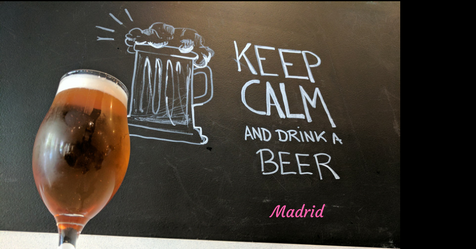 My favorite craft beer place in Madrid is Fogg Bar Birras & Cheese, a small tavern located near El Retiro Park. Their tap list features mainly Spanish beers and if they have anything from La Quince, I recommend trying it out. La Quince is a Madrid based brewery that make some great beers. In addition to a nice tap list, Fogg features a rotating bottle selection that is posted on the wall opposite the bar. The bottle list is mainly Spanish craft beer. More than a dozen styles were featured when we visited.

The ambiance at Fogg makes it special. The taps are located at the front. In the rear, the place features limited seating with intimate places where you can enjoy drinks with friends or family. We received some free tapas with our drinks – mini hotdogs, which the kids absolutely loved. They even gave us four dogs even though we only started with 2 drinks. They must have known that we would be ordering more! My only complaint with the Fogg is its current operating hours. Doors open at 7 pm, while I would have preferred visiting for a late afternoon beer after visiting El Retiro Park. However, this is Spain where many spots are closed during the day. 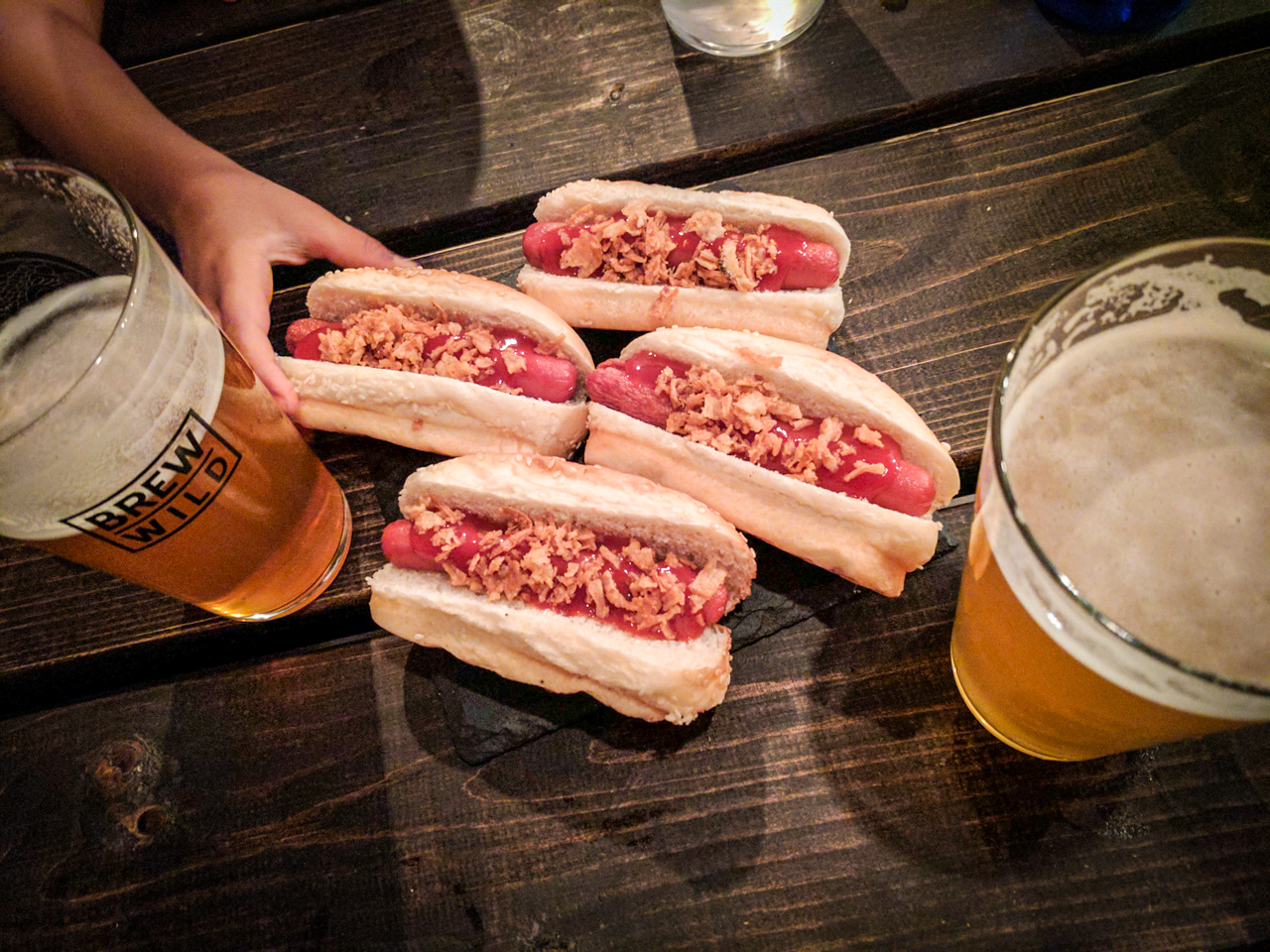 Bee Beer is a small, but mighty, beer establishment near the Calle de Feuncarral, which is a pedestrian-only street filled with shops and restaurants. I like Bee Beer because it opens at noon on most days and the owner really knows beer. When I visited, I found a number of Founders KBS bottles on the shelves, which I eagerly bought. The selection is not large but is a high quality list. The shop offers a number of Spanish craft beers and the beer on sale is personally selected by the owner. I picked up the excellent Arriaca Russian Imperial Stout, amongst others, and enjoyed everything I bought.

The bar also had two beers produced in house. Those were the first two we tasted and I really recommend trying the Craft Dogs Ale, a hot smoked brown ale that is also available by the bottle. Bee Beer is a great afternoon stop for those walking through Madrid’s downtown area. It’s ideal for a pint and a great place to buy bottles to take home.

Browsing the Selection of Beer at Bee Beer

A traditional brew pub, with the only beer available produced in house, Fabrica Maravillas is a lively pub with large vats of beer on display right behind the bar. Open on weeknights at 6 pm and at 12:30 pm on weekends, the pub is also located close to Calle de Feuncarral. With its range of freshly tapped beers that includes Pale Ales, IPAs, and Blonds, it’s a great stop for those that like to try small batch beers. We arrived right at 6 pm on the day we visited and the pub filled up quickly, so get there early. 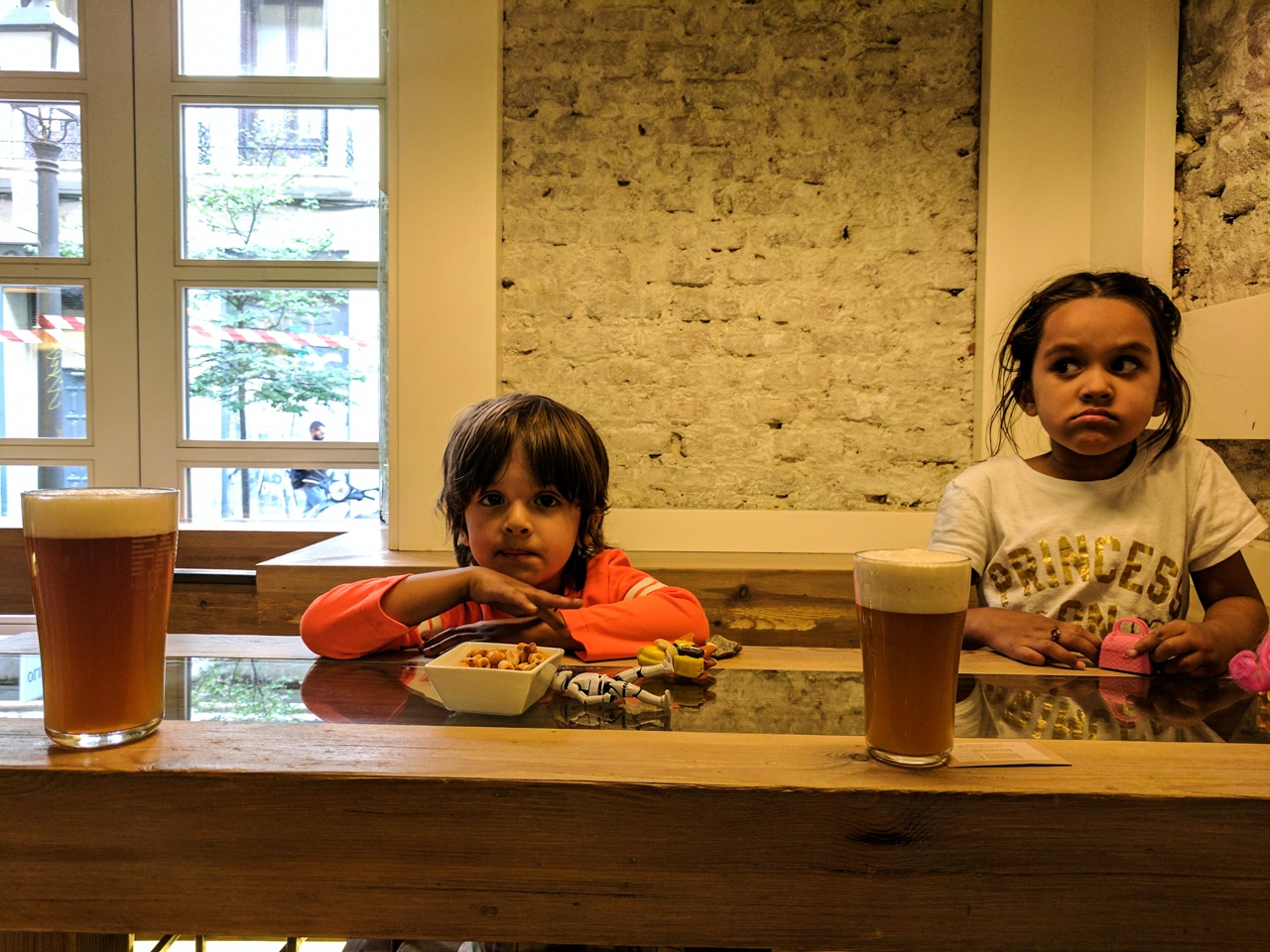 If you are looking for a large selection of craft beer to browse and take home, check out Be Hoppy. It’s near the Real Jardín Botánico (and not too far from Fogg Birra and Cheese). The shop offers a nice selection of Spanish craft beer, plus some hard to find beers from Belgium and the US. The owners know beer and are available to offer advice.

When visiting a new city, all I ask is that there is at least one brewery, plus a great bottle shop. While most of Spain remains known for its great wines, I found that most cities I visited kept me happy. For a city the size of Madrid, the craft beer options are surprisingly small, but I suppose a limited craft beer scene can be a blessing. We had little trouble finding a seat at the places listed above, especially since we visited early and on weekdays. Thanks to the places above, I was able to satiate my thirst in vibrant Madrid. 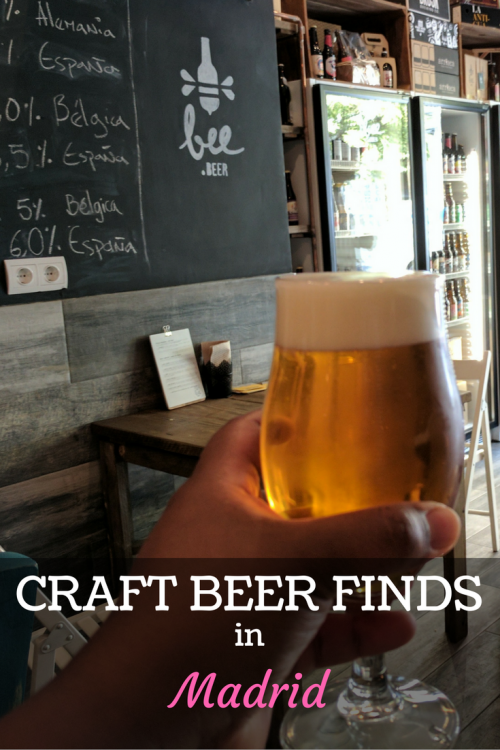 ‹ Long Term Family Travel : Expectations vs. Reality › A Weekend in Marrakech With Kids